With a history that goes back to revolutionary days, New Hope has always been and continues to be a safe haven where inclusion and acceptance are the hallmarks of life here. Over the years, it has been at the forefront of the movement to advance gender and sexual equality. In 2002, two lesbian council members, along with allies, initiated a campaign to eliminate discrimination, resulting in the Borough Council passing a landmark anti-discrimination ordinance. By 2006, New Hope residents elected a predominately gay and lesbian borough council, proving that everyone is valued regardless of sexual orientation or gender identity.

While LGBTQ+ rights have evolved over time, protection legislation varies on a state-by-state basis.  Pennsylvania has yet to pass the Fairness Act. At the federal level, The Equality Act, which would outlaw discrimination based on sexual orientation and gender identity, has passed in the House and now awaits action in the US Senate.

There is much work ahead of us. The New Hope community will continue to strive for full equality, engaging lawmakers and allies to support our ongoing efforts for full inclusion at all levels of government. 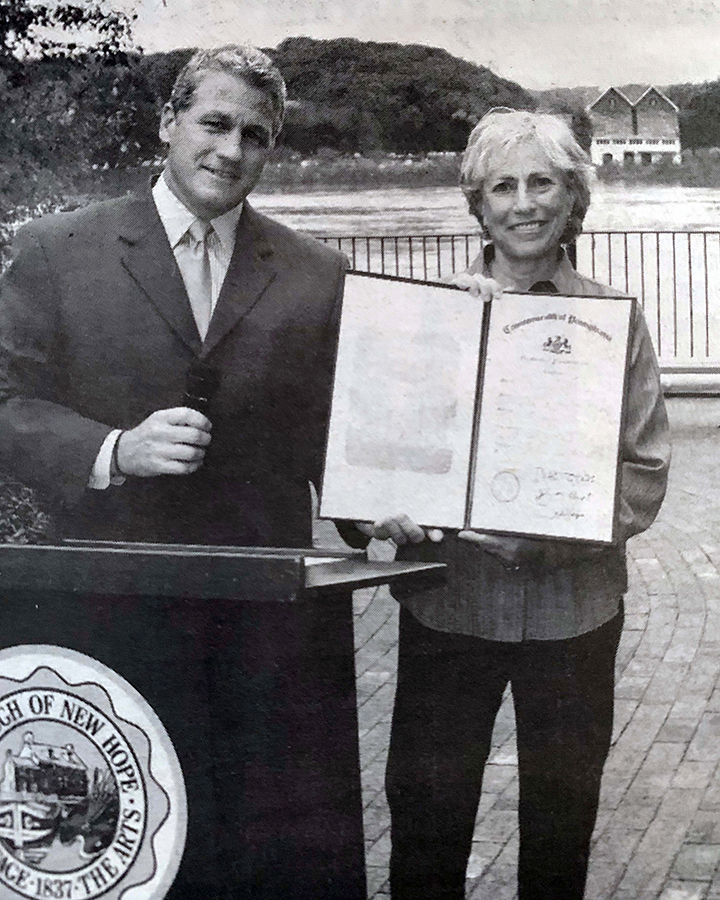 Sharyn Keiser is elected to New Hope Borough Council, the first open lesbian to be elected, serving as a vice, then president. After her retirement, Dr. Claire Shaw became president of the council.

Led by Councilmember Geri Delevich, New Hope Borough passes an anti-discrimination ordinance setting an example for the state of Pennsylvania as well as the nation. 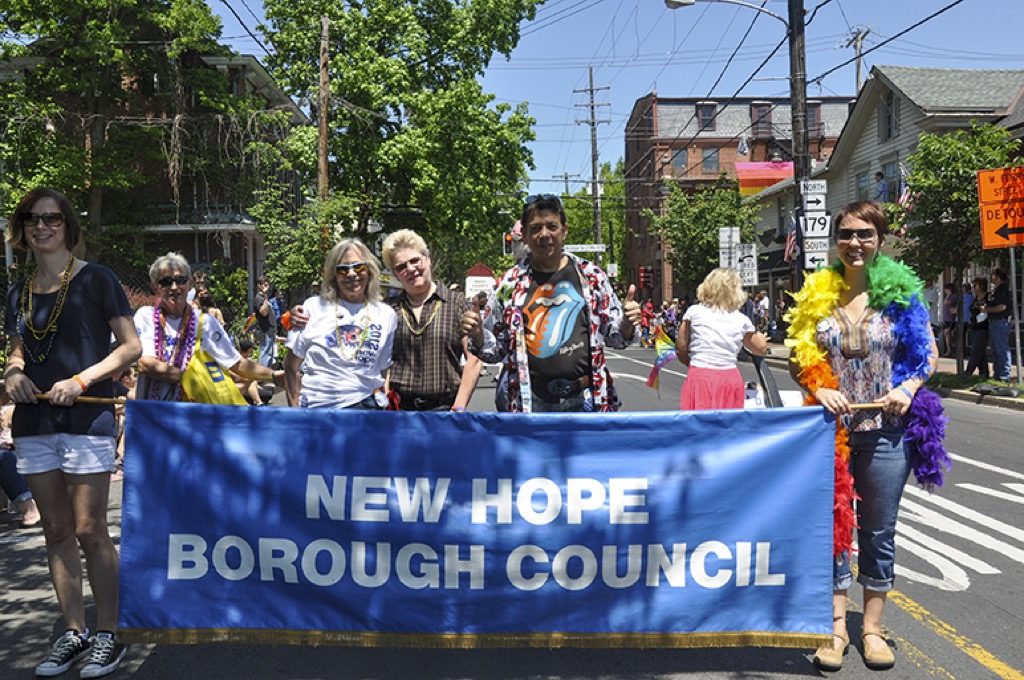 New Hope Borough Council is comprised of a majority of gay and lesbians, the most of any government body in the country. 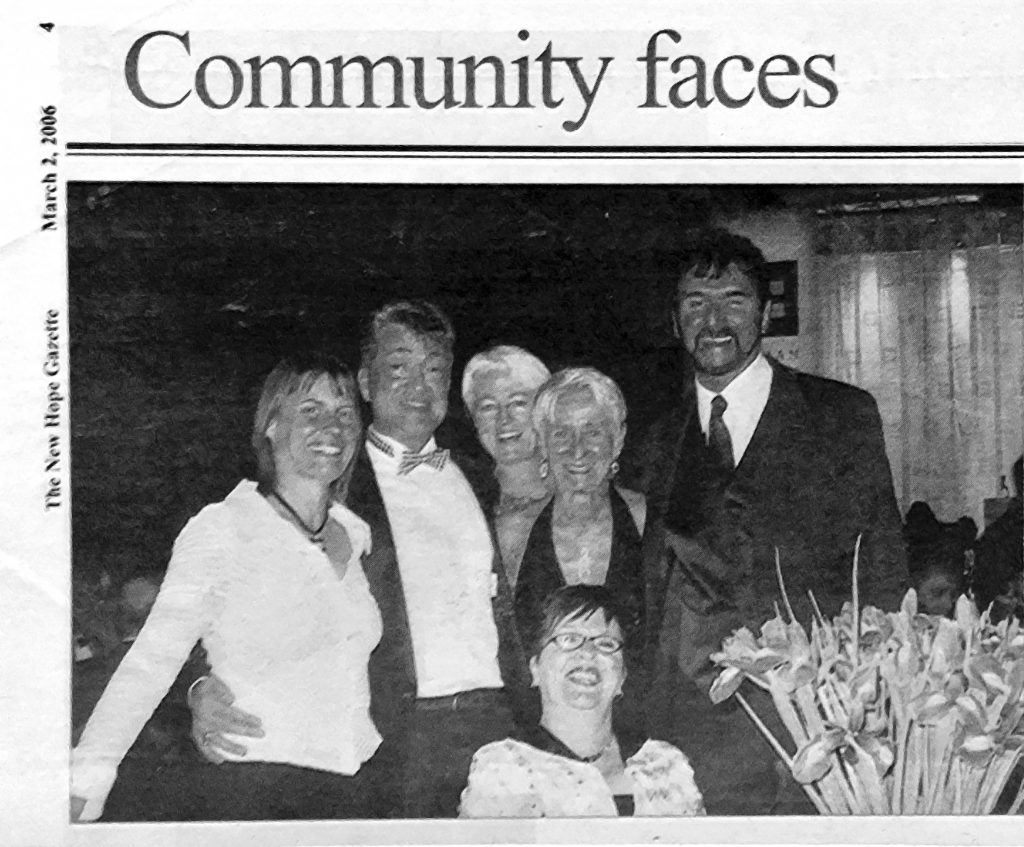 New Hope Celebrates received several awards from the Human Rights Campaign (HRC) for its work in diversity and in appreciation of its commitment to equality.

Locals gathered at The Studio to celebrate the US Supreme Court’s landmark ruling that the fundamental right to marry is guaranteed to same-sex couples. 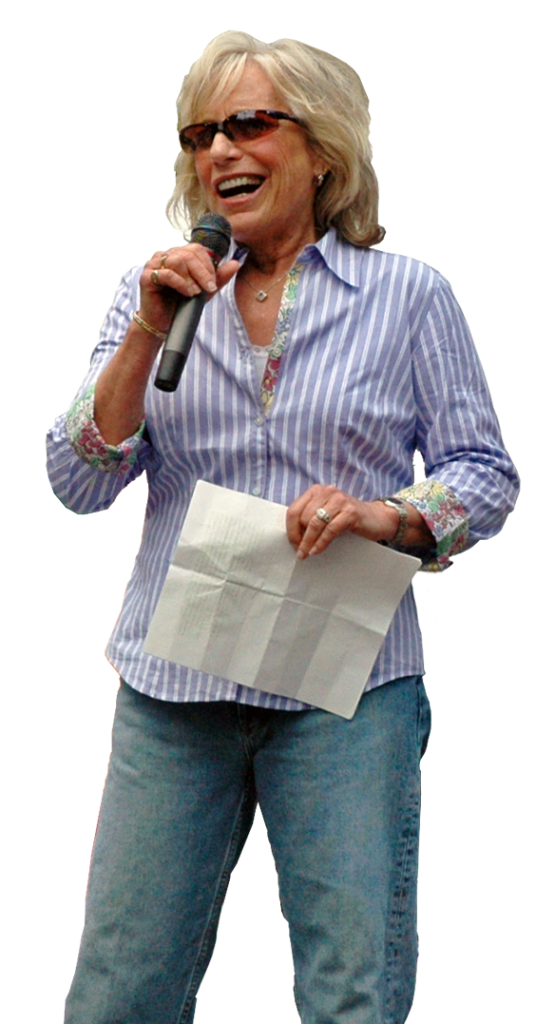 “As a proud wife, parent and now grandparent, it has always been essential to me that I lead by example. As an open lesbian, I proudly represented the Borough of New Hope as president of the council, working to eliminate discrimination in our town. We can achieve true equality if we hold each other accountable, advocating for all regardless of gender, race or faith.” 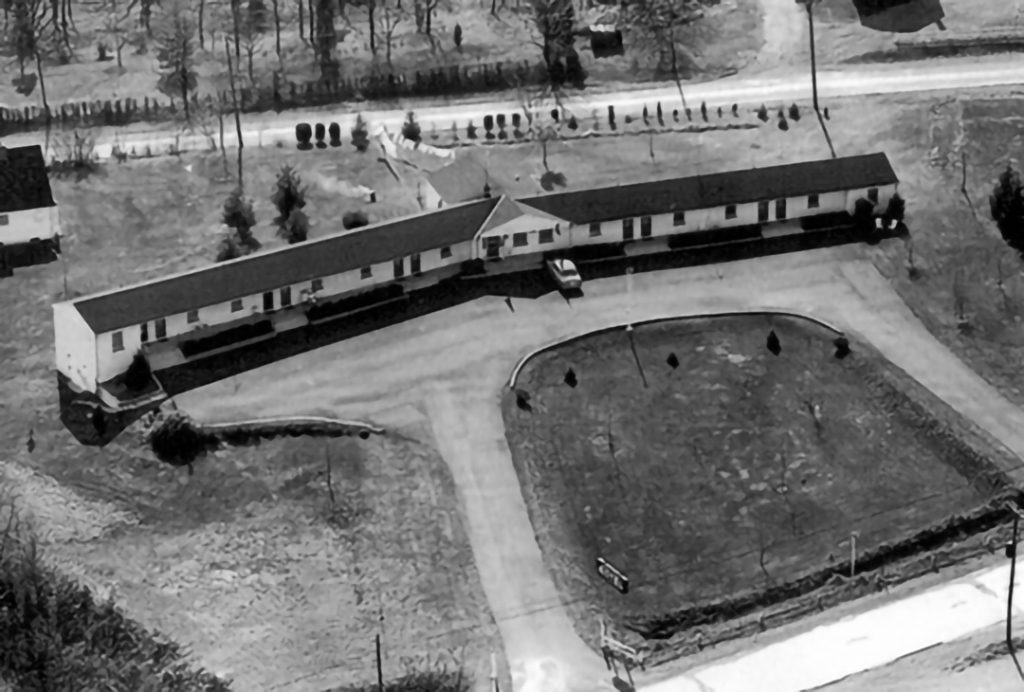 Located on Route 202 – Original aerial photo of The Brookmore Hotel built in the ‘40s. 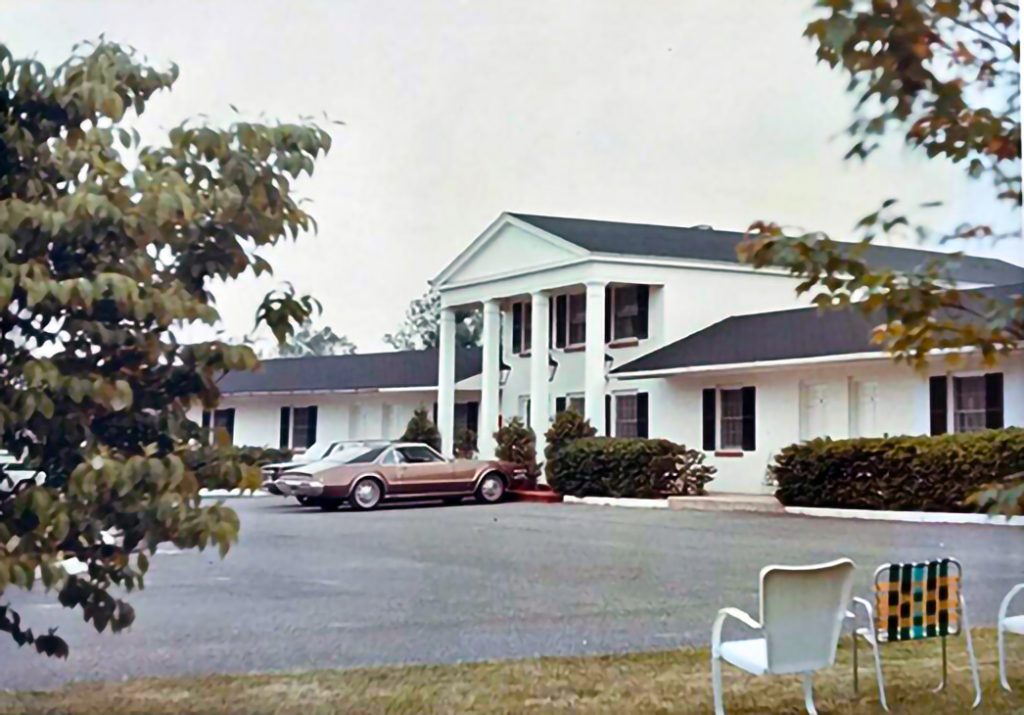 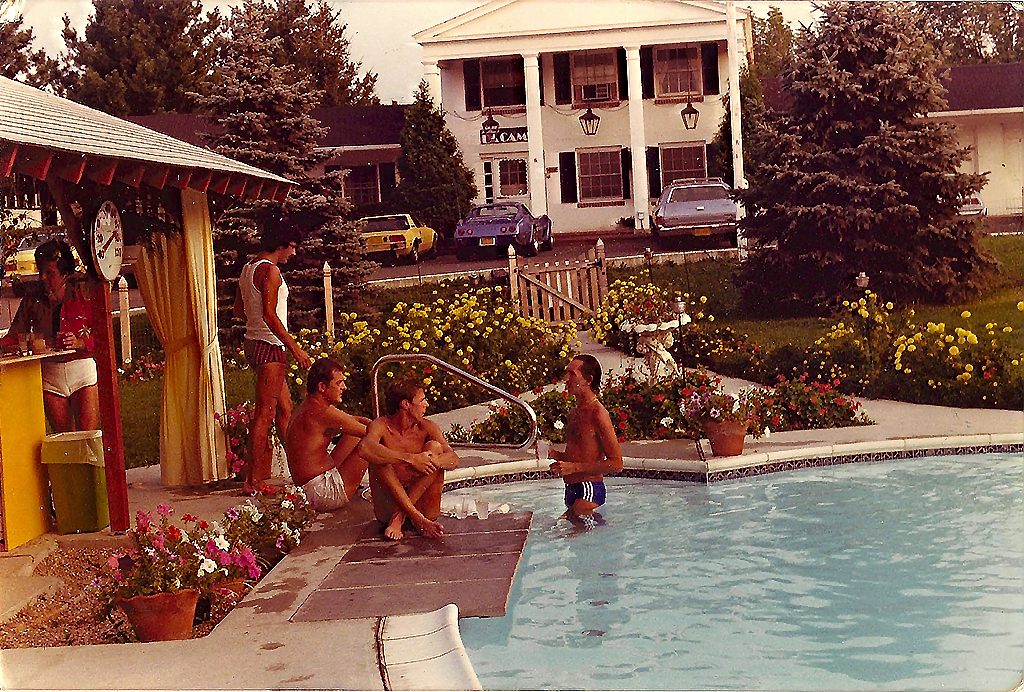 Located at 385 West Bridge Street – Rt. 202 – Opened in 1974, the Brookmore was purchased by new owners and redesigned as a gay resort destination called La Camp. 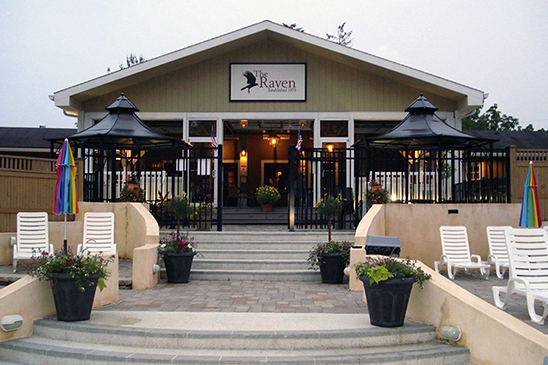 Located at 385 West Bridge Street – Rt. 202 – Not only a place to stay, but it also features a restaurant, bar, nightclub, piano bar, swimming pool, and cabaret! Since 1979, The Raven has become a landmark for LGBTQ+ and gay-friendly travelers. 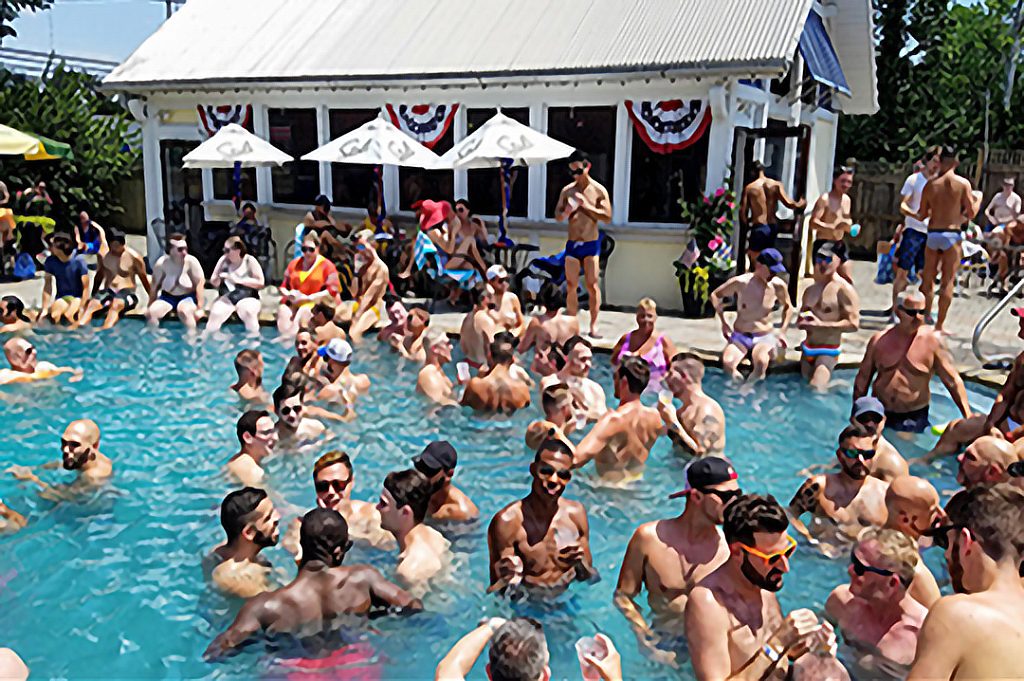 The Cabana Bar poolside hosted many fabulous NHC PrideFest celebrations, drag shows, and fundraisers, and was a popular summer destination for visitors from all over the world. (Photo 2018)