Brighter Side of Life

New Hope Borough, with a population of approximately 2,500 residents, has been home to a host of quirky and colorful characters who enjoy a peaceful coexistence. With an artistic past and present and a rich history, it is a mecca for expressive creativity and a safe place for LGBTQ+ people to live, work, and visit. New Hope’s most memorable characters lived their lives as they pleased, and the same holds today.

New Hope’s reputation as a destination for LGBTQ+ entertainment is much deserved. From the late ’60s into today, piano bar sing-alongs, discos, cabaret, drag shows, theatre, house parties, and numerous special events flourish in and around New Hope.

As in any small town, New Hope has its share of drama. There have been times when homophobia or fear of HIV/AIDS crept in, but town residents banded together, spotlighting issues discrimination with a focus towards equality and acceptance. The bright side of life always shines in New Hope for one and all. 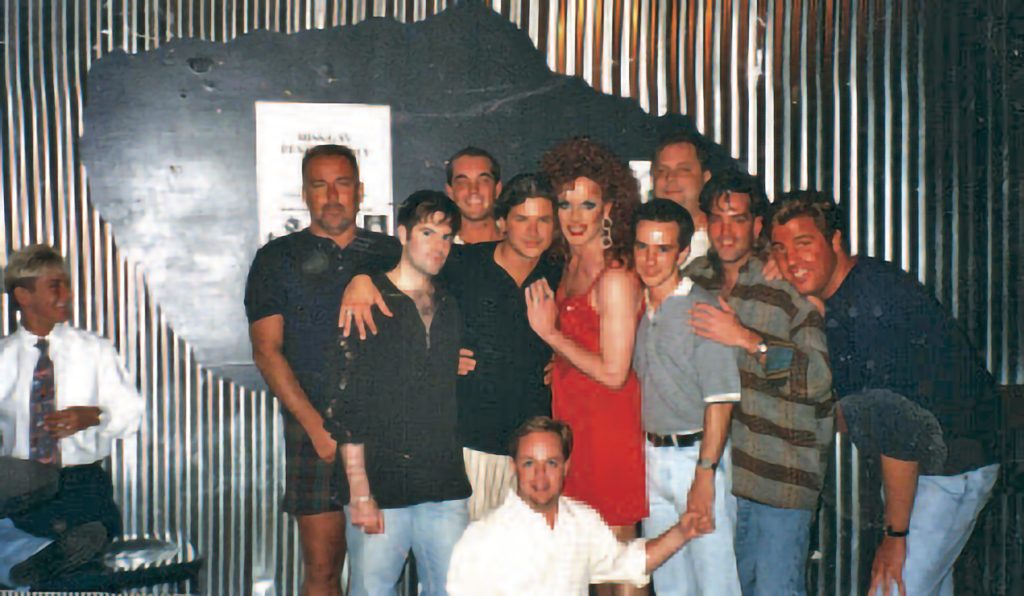 Throughout its history, the Cartwheel was famous for its dance parties, cabaret, drag shows and stripper nights and an amazing staff of talented bartenders. In 1976 it reopened as the Baron and then in 1980 as the New Cartwheel and Cafe Mo. A major fire in 2005 forced its closure. 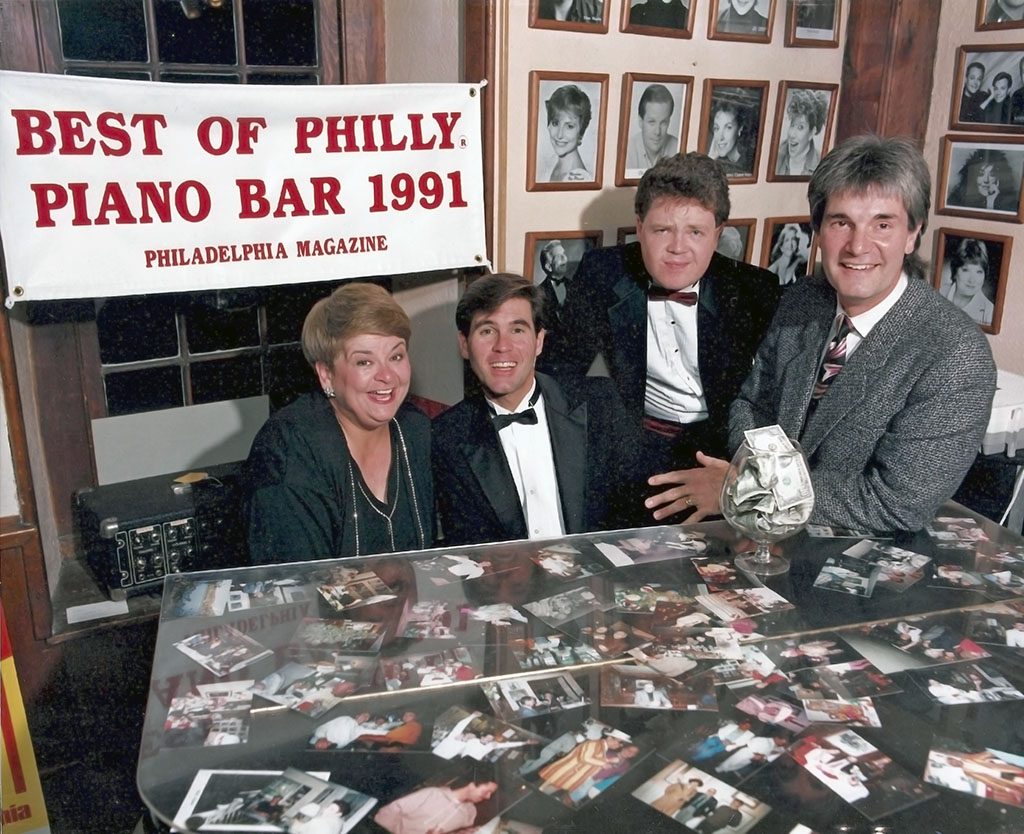 Founded by the infamous Odette Myrtil, Chez Odettes was renowned for its live shows featuring famous cabaret singers of the time. Before closing in 2006 due to flood damage, it was best known for Bob Egan’s cabaret shows and its piano bar. 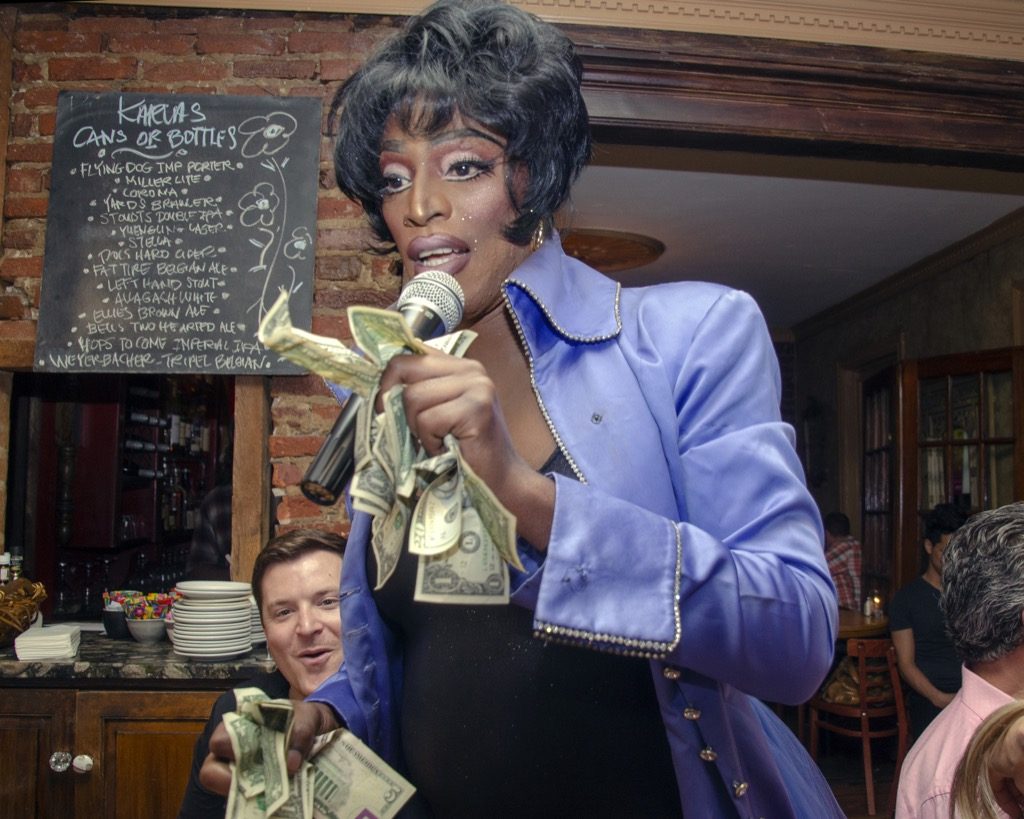 Originally Mel’s Coffee Shop, The Ritz, was a wonderful, bar and restaurant famous for its crazy after-hours breakfast. From 2 am on a Friday or Saturday night you would find club-goers arriving for breakfast. Now Karla’s, this favorite local gem is the center of meet-ups, social gatherings, and drag shows. 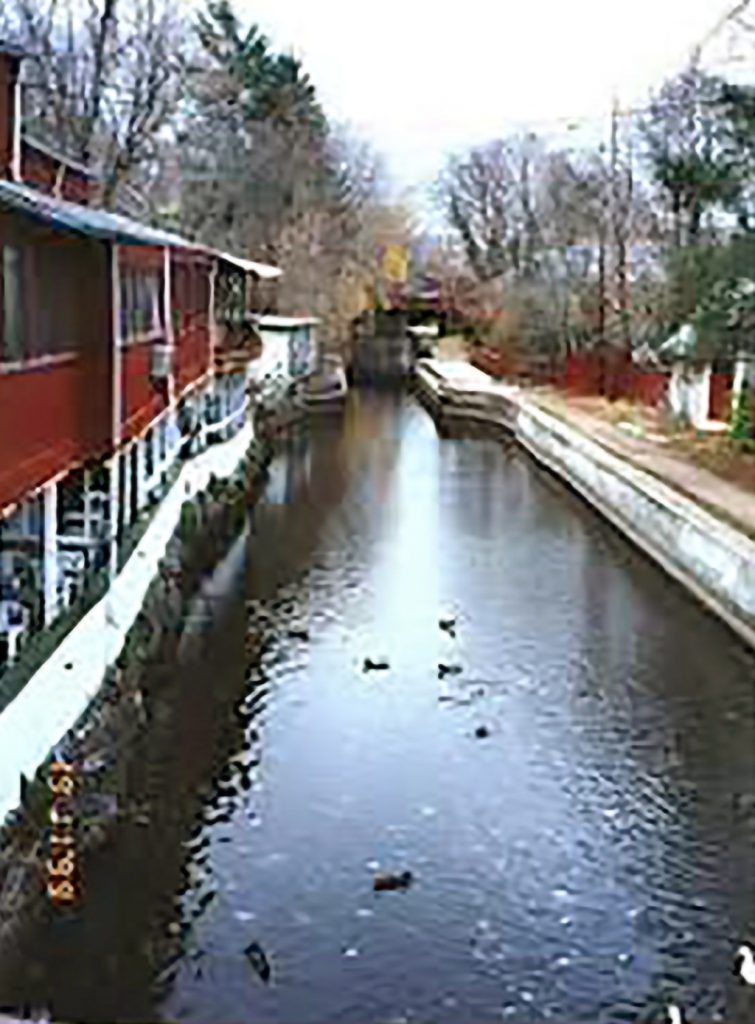 Until its closing in 2013, the Canal House was one of the best-known gathering places for theater stars and New York City glitterati and gay and lesbian patrons. One of its most famous staff members was the flamboyant Mother Cavellucci who was well known for her quick mind and sharp sarcasm. 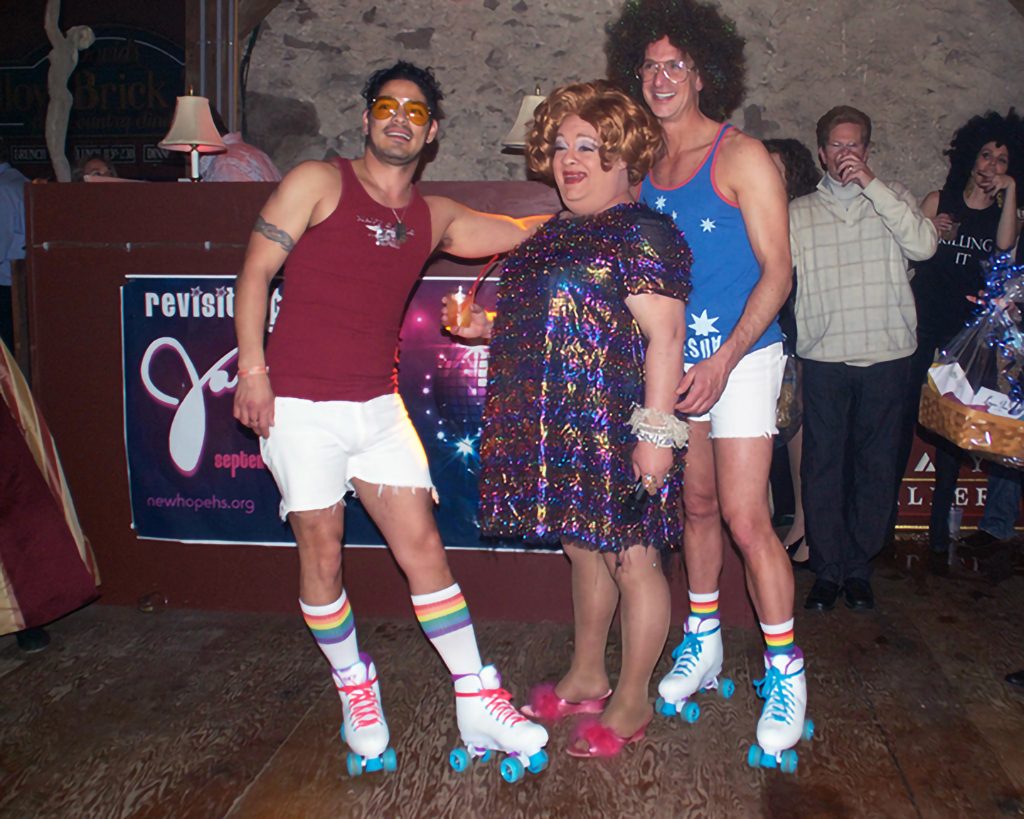 January’s Disco, located on Ridge Edge Farm, was perhaps one of the most famous hangouts in its day. Though closed as a disco, fundraisers recreating January’s have been held on what is now the Hugh Marshall Farm. 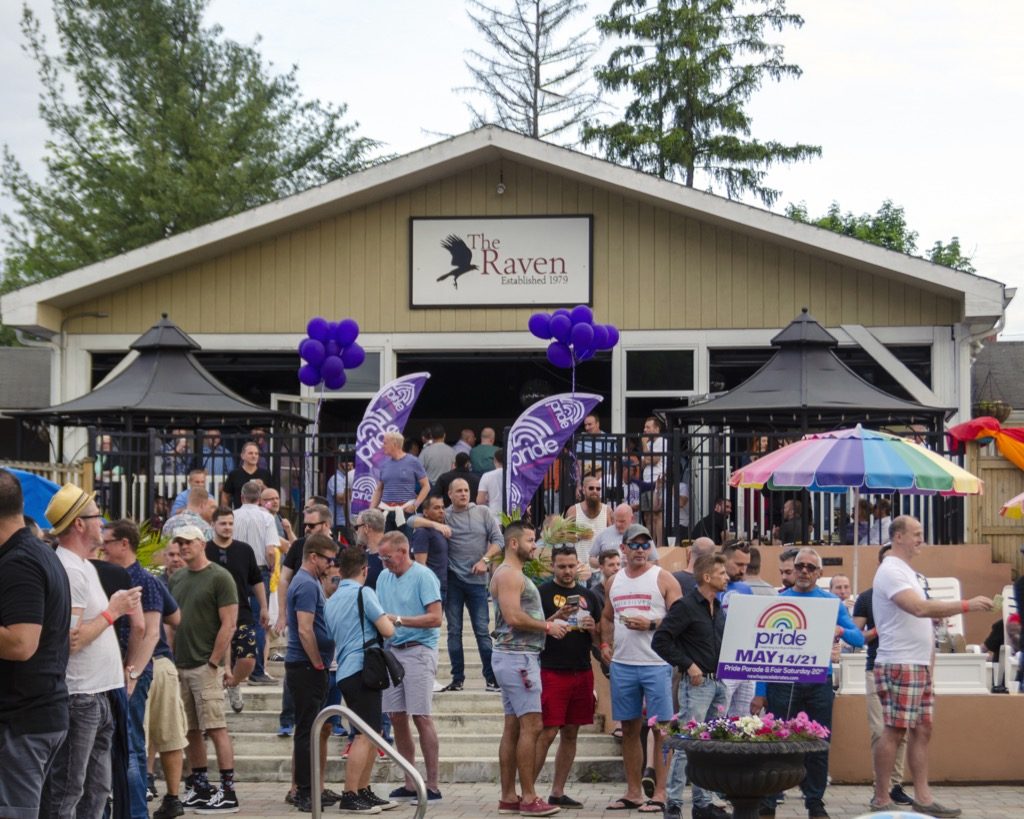 The Raven opened its doors in 1979 in what was once La Camp, an LGBT destination. Known for its pool and cabana, dance parties, Sunday T-dances, and drag shows. The Oak Room features a live piano bar, comedians and small concerts. 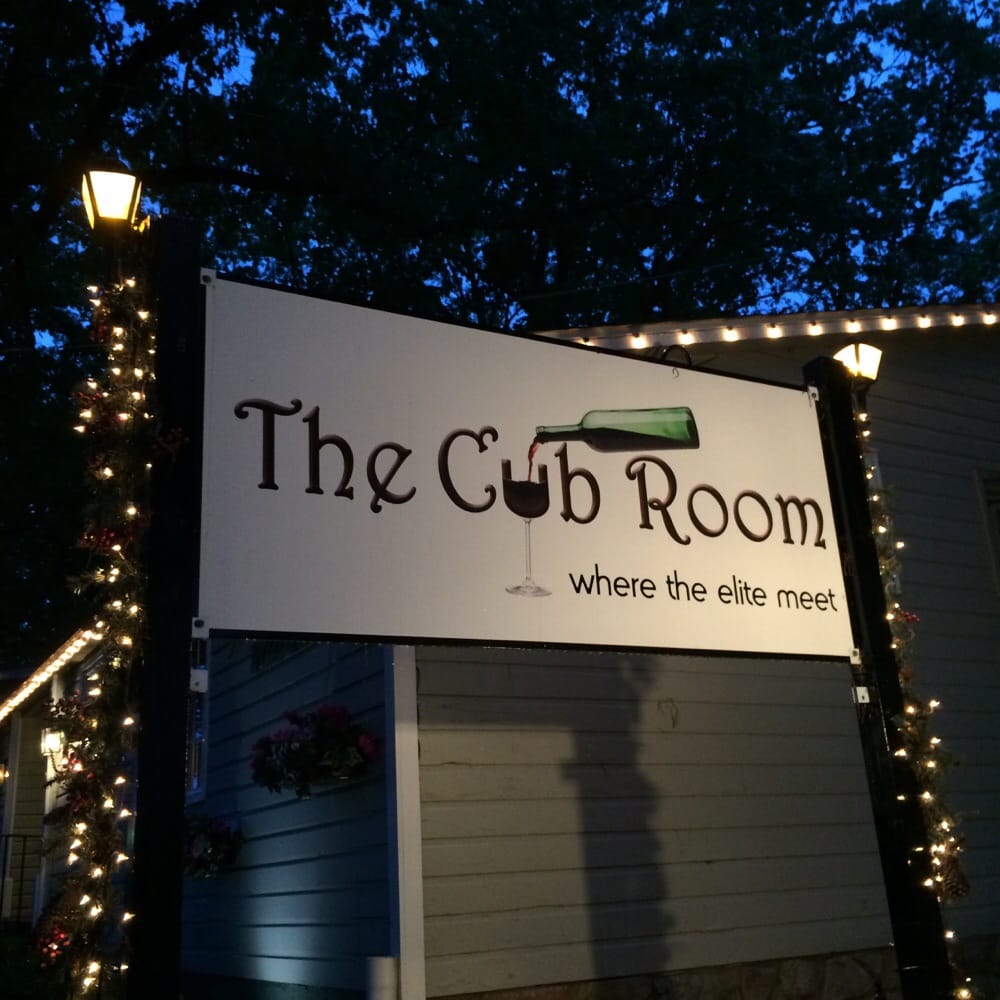 The Cub Room, located in the New Hope Lodge, is the most recent gay bar to open in New Hope. With its rustic charm and live piano bar featuring legendary local stars, it is a favorite local hangout and get-a-way for visitors.

“When the tin man received his heart in the Wizard of Oz he was told ‘remember, my sentimental friend, a heart is not judged by how much you love but by how much you are loved by others’. Wise words to live by, these words have made me the richest man in the world in the only way that truly matters.” 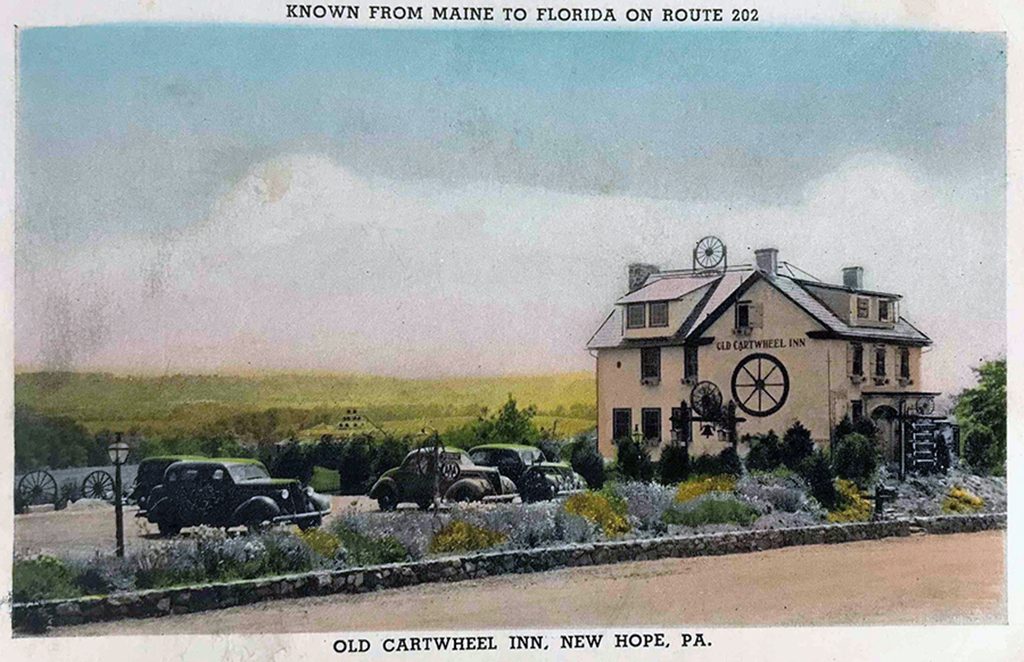 The original Cartwheel Inn located on Route 202 was open in the ‘40s and was a popular vacation destination from Maine to Florida. 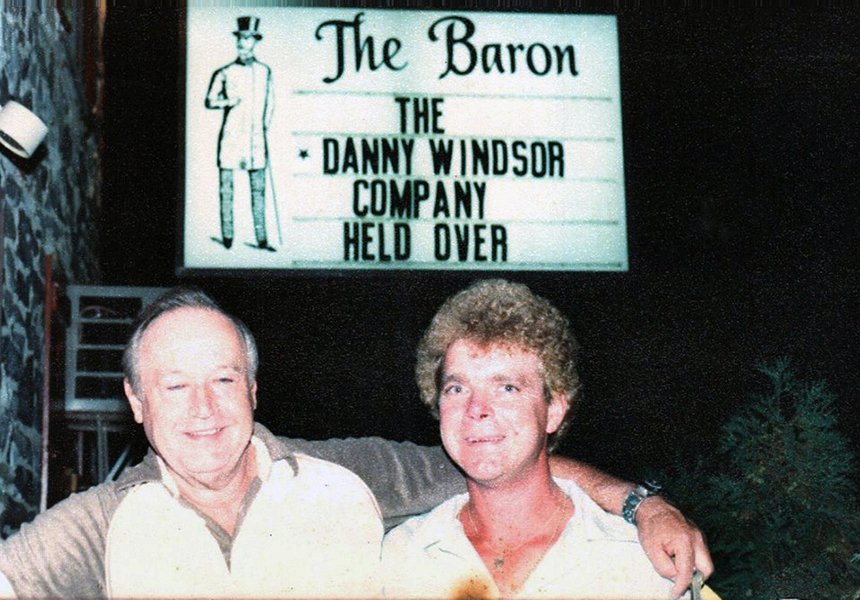 The Old Cartwheel Inn was sold and it became The Baron, a cabaret-style bar. Danny Windsor and Company along with many other entertainers performed there until it was sold in the late ‘70s and became the New Cartwheel. 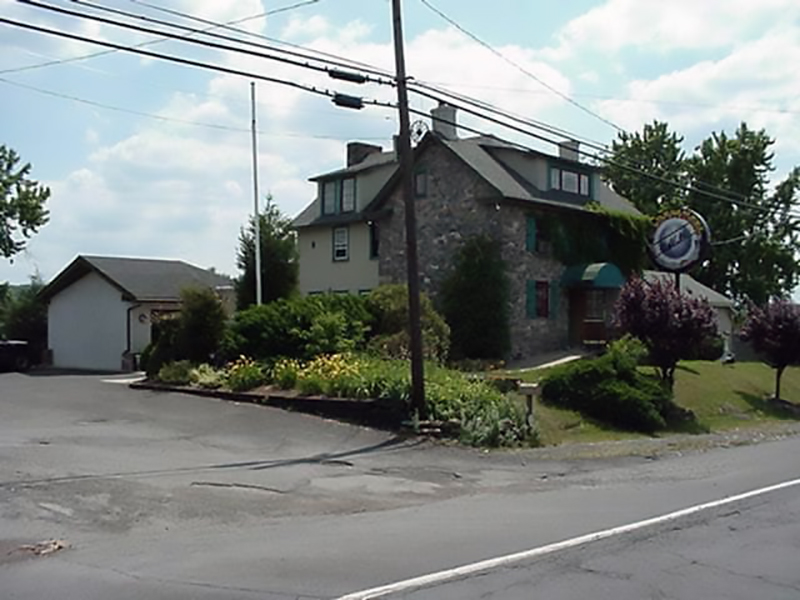 The New Cartwheel was a unique space with multiple levels, a big dance floor with great music and lights, great drag shows, a video lounge (one of the first), an outdoor patio, a restaurant, and piano bar. The club was lost to a devastating fire on April 12, 2005. It was never rebuilt. 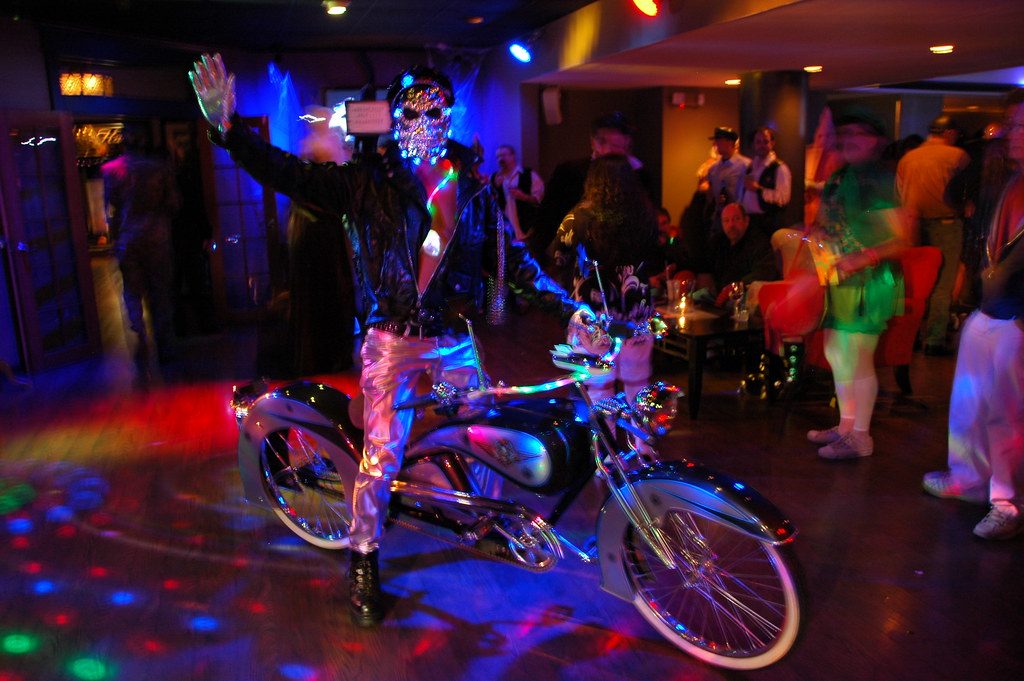 Located on Route 202 just south of New Hope, the Nevermore was a gay resort that featured a large bar and disco area and a large outdoor pool. The facility also included a hotel, restaurant, and Harlan’s cabaret nightclub. The site is currently the Clarion Hotel. 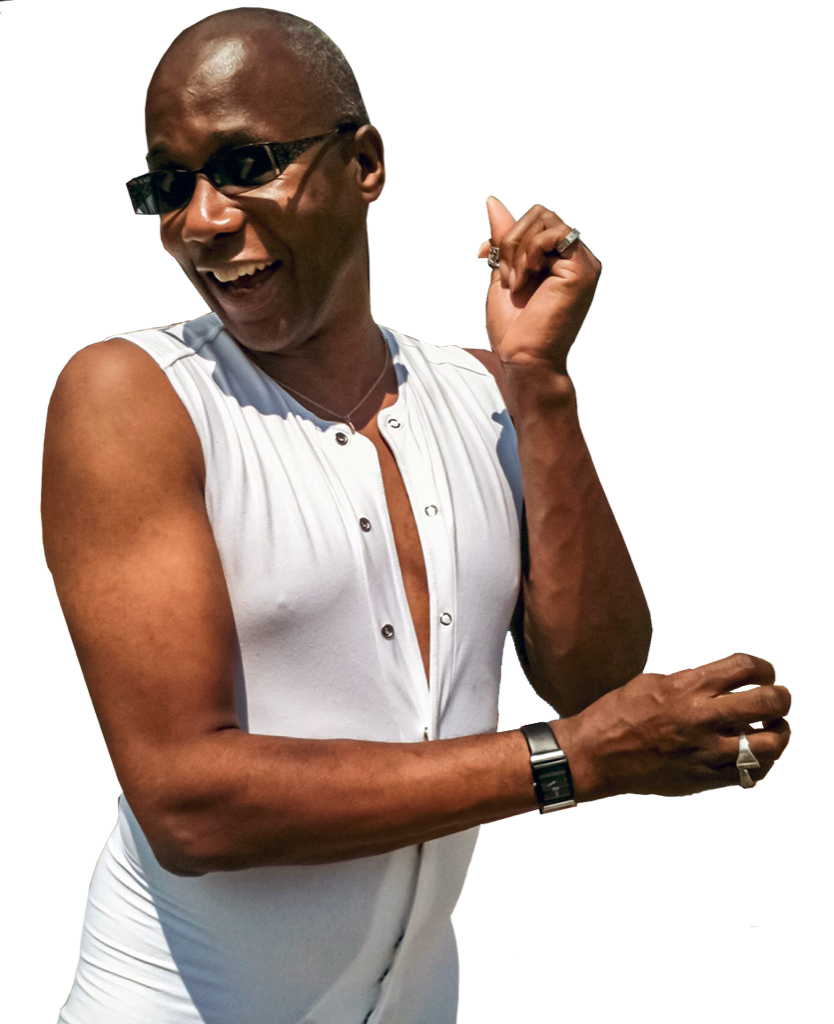 This website is designed specifically for mobile users.
Please visit this site using your smart phone. 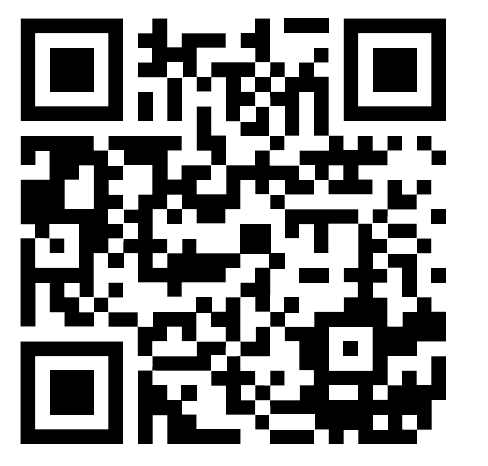